It was Tuesday Night, and the Firefighter had just backed out on our first date due to personal reasons. I promise they're legit, but if I go much further than that, someone might guess who he is, and I don't want that to happen, because I like a certain level of anonymity for the guys, except SexyFace - everyone needs to know who he is!

After deciding not to shower because the date wasn't going to happen, I hopped onto Plenty of Fish, "POF," and proceeded to cheer myself up with bad messages. I love them. Most of the guys that message me on there are bizarre, interesting creatures, who really have something going for them, but it's not their writing style.

I soon dispatched the new unread messages and between watching Season Seven of Frasier and eating my cookie in a mug (SO GOOD - put two cookie size chunks of cookie dough, in a mug. Then stick in a 900Watt microwave for about 20/25 seconds), I started to click through the new users on POF.

About halfway down the page this beautiful man was staring back at me. Peering into the reaches of my soul, and I had to have him in my life. He was like a more manly version of Gerard Butler, and who doesn't like looking at Gerry? 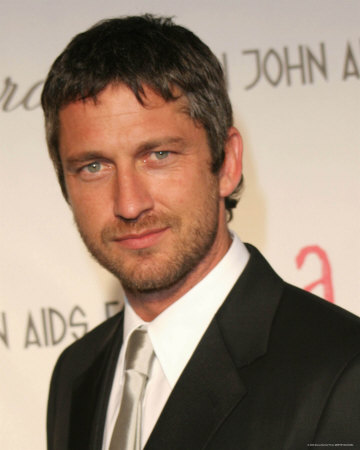 I clicked favorite! Then I debated my decision. How childish you're being, LoRo. Just send the guy a message. He seems so sweet in his profile, and I'm sure he wouldn't mind.  So I unfavorited him and clicked send a message!

After about 20 seconds of laboring over what to put in the message, my email dinged!

I checked it, because I compulsively check my email, but seldom actually read them.

Guess who messaged me.

Needless to say I was giddy 7 ways from Sunday, and we exchanged a few messages, before I agreed to have coffee with him.

As the time for the date was drawing nearer, my nervousness was skyrocketing. My heart was racing. Hands shaking. And my body couldn't stand still.

And as he walked up to the coffee shop, his towering frame looked like a dream walking towards me.

Until he got a foot away from me.

For the first time in my entire history of online dating. He looked better in his pictures.

Just this past month, I went out on a date with TheFootballCoach, and the goofy ass smile in his pictures turned into pure gold when it was inches from my face.

The Masseuse I dated exactly a year ago, had went from drab to fab in his exchange from internet potential to flesh and bones reality.

And the guy I call, Man, had looked all too rough around the edges in his own set of POF photos, but when he dismounted from his motorcycle, and approached me helmet in hand, it was like looking at my very own James Dean with better hair and gorgeous eyes, aka, straight sex-on-a-stick.

Average Joe was none of these. What had appeared to me as stoic photos featuring his beautiful eyes, turned out to be the man's best face.

I'm not saying he's horribly unattractive, but I am saying he was not the beautiful man I was expecting.

In fact, this guy whom a friend had called a reject from the Brawny Man auditions a few mere hours before, was just that.

My body language probably let him know how disappointed I was. That, or the fact that for the next 3 1/2 hours I disassembled my coffee'cuzi into several nests of paper growing larger with each disappointing fact that popped out of his mouth.

Do you know how difficult it is to convince a normal person that you creating little nests of brown paper is something you just do, all the time. That they don't need to worry about it. That you just have a compulsion to DO something with your hands... yeah, he didn't believe it either.

He broke nearly every first date rule, which for the most part I could care less about, but I think we spent 30 minutes talking about his ex-girlfriend, who use to live with him, who was cheating on him, who essentially used the poor bugger, but it's not my place to tell him he did a shitty job picking her out of the crowd. So I smiled and nodded and tried to direct the conversation back to his sister or his parents, but he seemed unwilling to talk about them, so back to the ex-gf conversation we went.

I let the ex-gf talk run it's course, but the poor Average Joe probably has already run his course in my life.

My mom called me after the date as I was driving home from the grocery store, and I told her about him, and she said, "LoRo, what did you expect? You're a college graduate with an insane propensity for gaining knowledge and random facts. You just told me he hates reading and books and didn't go to school. How long do you figure it's gonna last?"

On to the next one!