11 Reason's I Sometimes Want A Boyfriend

It's then end-ish of summertime, and I've been walking around noticing couples in their cuteness, and that's normal. In fact, that's something to which I am accustom.

Lately, however, I've started to notice things in my life that says "hey, are you sure you don't want a boyfriend? Are you sure you like juggling men? Wouldn't it be nice to have one stable dashingly good looking devil of a man hanging around?" .... maybe.

Some of them might make me seem lazy - I'm really not, I do some of the things on the list by myself, but I'm not Sound of Musicing my happiness on the top of the mountain...

1. De-clogging the drain.
I got a new apartment a while back, and the man before me didn't unclog the drain... neither did the apartment complex... So guess who got to grab a screw driver and clean months, if not years of GUNK out of the drain... I about gagged when the dripping water began to touch my hand... So hell, new boyfriend can use Draino. I don't care, but if I have to experience this lovely house maintenance job again, I'm going to be very unhappy. So, I'll be shaving all my hair off tomorrow, because, ugh - gross.

2. Taking out the trash.
I know it's literally right around the corner, but between me and you that's 10 steps too far away to walk with a bag that may or may not break on me depending on whether Glad lives up to its name. I'll applaud new boyfriend for his efforts. I'll give him a passionate embrace when he returns, maybe a quality massage, but the whole experience of taking the trash to the shoot, is underwhelming and overwhelming at the same time, and I just don't like doing it. 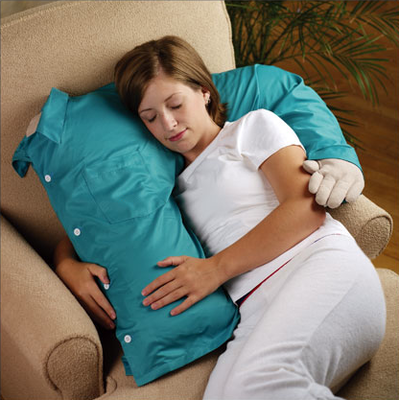 4. Making lots of food and having no one to enjoy it with.
Yeah, not everything on this list is bad. I make a LOT of food, and I like trying out recipes... and sometimes I'd like some confirmation that a cajun chicken guacamole sandwich is delicious, (because it is). I can only corral friends in their off time, which is usually the weekend so that leaves an entire week of weekdays worth of dinners eaten solo...

5. Every now and then I just want someone to tell me stories.
That I haven't heard. That make me laugh. That make me want to share stories. That make me think every word coming out of their mouth is appealing and fun and awesome. That make me want to listen to the next story, because this one was hilarious. That builds a bond between two people. That is shared overlooking Arlington or Bethesda, on a balcony when it's 70 degrees outside and the sun is starting to slide below the horizon, while an adorable puppy stares up at me, as an intelligent funny man laughs with me.

6. Because my friend S, cannot always fix my building mistakes.
I have a table... the center leaf (which is supposed to be removable) does not come out. I had an epic Ikea Fail, and I don't know how to fix it. Who has a toolkit and is willing to use it? Not this girl (This is a lie, I have one, and I do use it). I'd like someone to come over fix my table, while I supply them with beer and laughter.

7. Flat Tires.
Because when I get frustrated, sometimes I don't want to put on a brave face and call Norma because I lost my jack. Sometimes I just want to curl up and let someone take care of me. And I don't want it to be the AAA hired mechanic, because they're usually gruff and coarse, and not happy about my flat tire, in the rain, or my flat spare. I've had on the strong single girl face for - ugh - 2 1/2 years give or take, and I'd like to take it off and let someone else be tough.

8. Hurricane Evacuations/Nonevacuations
I always like a good excuse for a road trip, and I really like a good excuse for a road trip that ends where I'm snuggled up in a hotel room with a handsome man. What I'm not too fond of is the family evacuation where I wind up bunking with my brother listening to him snore through the double door, because as much as I adore my brother... one more family evacuation/vacation/trip where I have to hear him sawing redwoods through SOLID BRICK, and I'm going to jump off a building... or smother him... with a pillow.

HOWEVER, in regards to things I like about hurricane evacuations - I like lightning, scary ghost stories, pondering how to get the electricity back up and running, and pouring water into the back tank of the toilet (ha - joke)... It's the "Jurassic Park" effect. If there's a natural disaster bearing down or dinosaurs coming to eat me, the only solution is to run around like a chicken with your head cut off AND connect intimately with someone with whom you have killer chemistry (Jeff Goldblum need NOT apply)... Cold Beans anyone?

9. Family Get Togethers
If I have to attend one more gathering where people ask me who my "flavor of the day" is... I'm going to scream. I'm sorry but unlike 80% of you, and the whatever percentage of the United States, I'd like to not have my marriage end in divorce, so I'm taking my sweet time, and if I have to sample every Tom, Dick, and Harry to find him, then I will!

10. What's a Manfriend?
Repeatedly saying oh, this is my Manfriend, XYZ, is frustrating. I mean I like the illusion. I like having someone on my arm, but it's the oh this is my, "lady friend" affect. It implies this "Manfriend" isn't quite a boyfriend, but is more than just the casual hookup from college, but everyone knows that someone isn't committing, but no one wants to admit who. Then there's always the wait... what's a manfriend? question. Then I have to point and say, this. this is a manfriend. The man, I'm seeing, but I'm not with, but I am with, but I'm not... As in - who's going with me to happy hour, him, but as in - who's coming with me to a wedding, it's not him.

11. Football Season
I have this love/hate relationship with football, which normally culminates with how well my team is doing - some people might call this bandwagonning, but I call it levels of caring. Should I really get that worked up about the Aints during years when they fail at life aka any game they had Jake Delhomme prancing around... NO! But as the football season starts to gear up and there are games on the TV, I like cuddling on the couch while Drew Brees makes an amazing comeback (still losing but meh) against the Green Bay Packers... Am I right? How could I not, when it includes my five favorite things. Yelling at the Television, Cuddling, Man Candy, Fun Snacks, and Drinking? I don't think Julie Andrews had me in mind when she sang that song, but you know it takes all kinds to spin the world.