I come from a land of digital dating.
I am the early 20s dater.

When I was a young tyke running around the playground, my parents were just starting to get these things called mobile phones. Computers popped up in my school, and I was forced for an hour everyday to learn how to use them. By the time I reached junior-high, I no longer called the home phone, because my mom would seldom answer. I called her cell phone, and should I want to talk to my friends, I didn't pick up the phone, I joined the secret elusive world of  America OnLine Instant Messenger, "AIM."

Living in a rural/suburban community for my entire life, walking across the street to see my friends was not an option. One time I did find a bridge across our local canal and attempted to visit Lindsey who lived 4 miles away. I made it halfway into some random cow field before I realized that I had no idea where I was and there was a bull staring me down. I ran home faster than you could say Moo.

When we were younger my friends and I called each other to see about sleep overs and play dates, but AIM offered something different - something exciting.

By the time I got into high school, long gone were the days of calling my friends. In fact, whenever I did call someone my crappy RAZR usually echoed my voice back to me, and it freaked me out. I know what I sound like in my head, but over the phone, god, I think I sound like a seven-year-old child still telling Barbie that she can't be with Kokoum because he didn't wear a shirt and that just isn't proper. 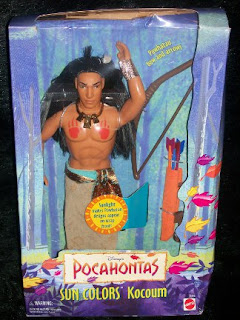 So like the majority of my friends instead of conversing by phone, we started communicating via AIM, text, and "against-school-rules-pop-up-boxes" which we figured out how to create while sitting in computer class. They looked like little warning boxes. It was the best.

We were never told that these forms of communication weren't socially acceptable. We were excited by the new-ness of them. We were excited by the "secrecy" of them. Unlike with a phone call, your parents couldn't hear what you were saying on the phone and if they popped into the room to see what you were doing, the magic little X button made sure everything went away.

As we grew up during high school, texting arrived and before we knew it, we were using texting how we would normally use AIM and racking up $1000s on our parents phone bills, so parents complained to the phone company, and then we got unlimited texting plans. Which to us, were like little unlimited IMs back and forth.

Why call someone when you can text them, because that's what we were trained to do! It's so much more convenient! I can answer a text hiding out in the girls bathroom or in between classes hidden in my locker.

This generation took ahold of texting and instant messaging like it was our job. Because for the majority of us they were interchangeable as the same form of instant communication. Major companies realized this and added them onto their services like, Facebook IM, and GChat further integrating digital communication in our daily lives making picking up that phone to call someone practically unnecessary.

And it doesn't just cut off at employment door. In my line of work we use ichat, skype, gchat, and texting to get information across fast in a way that wont ruin a take on a movie set. Sitting in meetings, my boss can shoot me a gchat to tell me to make a calendar reminder for him or to schedule a lunch and with open table, guess what. I can do it all without ever opening my mouth.

So why does everyone kvetch and moan about using digital communication when dating?

It's a part of our social culture, everyone's social culture. When Facebook opened to the public, people outside of college were crazy intent on joining. People of all ages flocked to facebook like sheep flocking to the second coming of Christ. So it doesn't just have to deal with age barriers.

I've dated a pretty wide age bracket. I've dated 12 years over me and 1 year younger than me, so I know from experience, however, that this divide of using digital communication as a primary source of interaction while dating/in a relationship with someone has more than a little to do with age.

I grew up on the computer, but the people just 10 years older than me, didn't.

Now I can't tell you the exact age bracket that this phenomenon revolves around, but I do know that it affects my brother and I both, as well as my younger cousin, so I'd say it's currently the anyone given a phone by their parents when they were younger (probably 12 thru 27 age bracket) relies on texting as their most popular form of communication, with 27 being a border age that usually flip-flops depending on if they had rural or urban childhoods.

I say this because, in my experience the guys I've dated in their late 20s thru mid 30s age bracket love calling just to hear the sound of my voice, which is nice.

They enjoy seeing how my day was with an end of the day phone call, which will usually last 1-3 hours and usually involves me saying, "I'm sorry I didn't hear you, can you say that again" at least 20 times, for which I blame my genetically bad ears, my love of loud music, my lack of telephone skills, and the guy's ability to mumble his feelings. If I ever texted them at the end of the day, they'd usually just pick up the phone to call me back.

My experience with my age bracket is one of epic, marathon texting sessions that can go on for 8+ hours a day, because while we're not on the phone vocally for 1-3 hours, the same amount of information is exchanged, either way. It has been my experience that in dating each party is curious to know more about the other person, so a plethora of questions are asked, whether it happens vocally or textually.

But this all brings me to my point.

I've recently read a lot of articles about how you shouldn't text when you're dating. You should just call them up, because texting only leads to mixed communication, due to the inability of texts to convey emotions, which will most likely cause someone's feelings will get hurt.

I disagree. (1) I'm just saying emoticons are popular for a reason. You might not like them. They might seem girly, but they work. (2) Texting is a different form of communication. Eventually you learn that certain things that the person you're texting says should be taken a certain a way. You learn that "UGh, I hate you" doesn't mean that person hates you. It's usually a playful jest. You learn the intricacies of what certain phrases mean, for example this picture.

But if you start to actually think about how texting has infiltrated the sacred world of dating, you'd realize that this is just the new battle of old school vs. new school.

I'm sure that when phones first came about there were a lot of old fashioned women and men who believed that you shouldn't call the woman you were courting, you should call on her like a proper gentleman and sit in the parlor while a chaperone made sure you did nothing untoward.

The evolution of dating happens whether we like it or not. Younger generations will always come up with a new form of communication, which puzzles the older generation. Texting is here to stay; it's not going to just go away because a group of people think that it's messed up to text the person you're dating in the middle of the day to see how they are instead of picking up the phone.

Because to be honest, as an early 20s dater, I prefer texting to phone calls.

I would prefer the guy I like text me to see what's going on versus calling me because I can live my life and respond when I have the time instead of dropping everything to have a 1-3 hour phone call with him.

I like it because I don't have to hear my seven-year-old child voice. I like it because I can text a guy on my bathroom break at work and not have to worry about whether or not he hears the toilet flush (don't lie, you've totally texted someone in a bathroom before).  I like it because I grew up in a world of digital communication which spawned digital socialization. It's how I interact socially with my friends and to be honest, if that's how I talk to my closest friends, then the guy I'm dating should get the same treatment.

Dating is the experience of learning about another person and figuring out whether or not they're compatible with you. It's a give and take. This war on texting is just a narrow minded view point of people who aren't willing to bend their ways to the desired form of communication of their partners.

When I date older guys I don't tell them, "Yo I hate when you call me, because I can't understand you, so I feel like a retard asking you to repeat yourself every five minutes." Instead I accept that this is how they date. This is how they interact with the people in their lives, and so I accept that and make it a point to call them when I want to interact with them, usually sending a "hey, you busy? Can I give you a call?" text message before hand, because I don't want to catch them at a bad time.

But that's just me. Just because you don't prefer the person you're dating's method of communication doesn't mean you should refuse to date them, because they're "inconsiderate" with how they contact you. Maybe it's just that they grew up like I did, in a world of digital socialization. It doesn't mean they're a horrible person, it just a different method of communication in dating.

And the age lines are not exclusive. One of my closest friends, Sam, prefers calling to texting and she's in my age bracket. A 30-year-old man I dated for 3 months preferred texting to calling. It's all about learning and asking what method of communication that person prefers, because if you don't know then your phone calls could unnerve them and make them feel awkward, which prevents them from being their normal easy going self.

So my point is that text messaging should be allowed in dating, but it's your responsibility to let the person you're dating know that you would appreciate calling vs. texting or vice versa. Take hold of your dating life. Don't just piss and moan because you think texting is inconsiderate. Do something about it.

However, text message breakups are still the most cowardly thing a human being can do, right behind telling a robber to shoot your friend instead of you.