So after seriously considering for the better part of a week that I was going to draw out female body types, similar to what I did for the menfolk, I realized that if some girl drew a big circle and told me that that circle represented me as a female - I'd be kind of insulted.

Pssh. Have you met me? I'd start a fucking coup.

I also got tired of Draw Something and so instead decided that since I characterize my body shape as that of Sara Ramirez... that maybe I should do just that.

Don't worry. I'm still doing the "Body Type" for females thing, but instead of drawing, because lets be real, those drawings sucked - I'm doing it with pictures of gorgeous fucking women - because they really come in all shapes and sizes.

I can hear your first question already... What's average anyway. You might look around your friend group and automatically assume that most of the people that you hang out with are "average." Well that's not the actual average.

According to some study - somewhere (I read a shit ton of things in a given week - I forget where I read this), the average size for a female is a size 12...

Average is as Average does, so accordingly, I give you...

Doesn't she look beautiful (I have a girl crush OK?!).

Personally, I wish I could lie to you and say that I am an 8, but the truth of the matter is the pair of pants I bought out with Sam this past weekend were a 12... most of the time I'm a 8/10 in dresses because they're forgiving of that damn Douthey Butt I got handed down from my Mother's side of the family, but I digress...

I assume that this is average not only because it's my shape/size, but because it is the traditional hourglass figure bumped up a few notches, aka adjusted for the growing size of America's women. And whether you want to admit it or not... women are built like that for a reason.

And off we go!

Next Overweight Vs- Skinny


Both of these Academy Award Nominated Actresses unfortunately fall on either extreme ends of the spectrum. Gabby is overweight, we all know it. And Keira, well the plain fact is that her head is actually larger than her waist... She looks like a bobble head. She's too fucking skinny. I was going to put a picture of Kate Moss up here, but I couldn't do it, she looked like a pipe cleaner.

Like I said in the male version of this post... Skinny is NOT an aspirational Category... And unless you have dreams to become the world's largest woman, neither is being overweight.

And  now for Curvy vs Thin

The difference between the male curvy and the female curvy? Sex appeal. You look at a girl's curvy and think... DAMN!

Like Sofia Vergara, ie, think the "perfect dimensions" of the hourglass silhouette and go with that.

Now as for Emma Stone's thinner body type you notice the fact that yes... it appears that she has no body fat, but she still has a little shape to her. Get the picture?!?!?


Since I have NO knowledge of jacked female celebrities, I jumped off the beaten path. I have no idea who these women are, but I know they match the body type, they're cute, and they're going to have to make do.

We have Jacked, Fit, and Athletic. 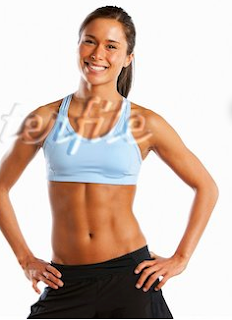 You'll notice the differences right away, if you're clever. Jacked has intense muscle definition.
Fit looks like she spends a lot of time hitting the gym and doing some serious crunches - She looks like she knows what she's doing.
And last but not least, Athletic - Notice that she does have some muscle definition, but that she still seems to have the familiar female shape, as opposed to the lovely ladies up top who have the block body build, typical of someone who has increased testosterone from working out all the time.

And then the last two body types that I'm acknowledging (if you want to see "Used Up" look up Kate Moss or Lindsey Lohan, because seriously... gross).

A Little Extra vs Full-Bodied

And to round everything out we have Jennifer Hudson over on the left. Notice the difference in between her and Nikki. Nikki's shape is closer to nudging overweight vs, Jennifer's who should she lose a few pounds (or a shit ton - healthily) she could start to nudge average (or blow past it) into curvy, since we've all seen what she looks like now.

SO that wraps it up for body typing yourself on internet dating sites. If you haven't seen your body type on either of these posts, I really can't help you, because I think I've got a pretty good gamut going here. You can always shoot me an email or a tweet @SingleDC.